In 1890, Church President Wilford Woodruff renounced polygamy in what would become known as the Manifesto, or Official Declaration 1. With the discontinuation of polygamy, conversations about Utah statehood re-emerged along with renewed hope for enfranchising women.

A constitutional convention held from March to May 1895 drafted a constitution for the state of Utah, which included women’s right to vote (see Article 4). When President Grover Cleveland proclaimed Utah the 45th state in the Union on January 4, 1896, local voting rights for women in Utah were restored.

“The Legal and Political Status of Woman in Utah,” 1894

In May 1893, Emily Richards traveled to Chicago to participate in the World’s Congress of Representative Women, a convention planned in conjunction with the 1893 Chicago World’s Fair. The Congress convened women’s groups from every state and from 27 countries. Richards spoke at the meeting organized by the Young Ladies Mutual Improvement Association. Her address, “The Legal and Political Status of Woman in Utah,” was later published in the two-volume account, The World’s Congress of Representative Women (1894). 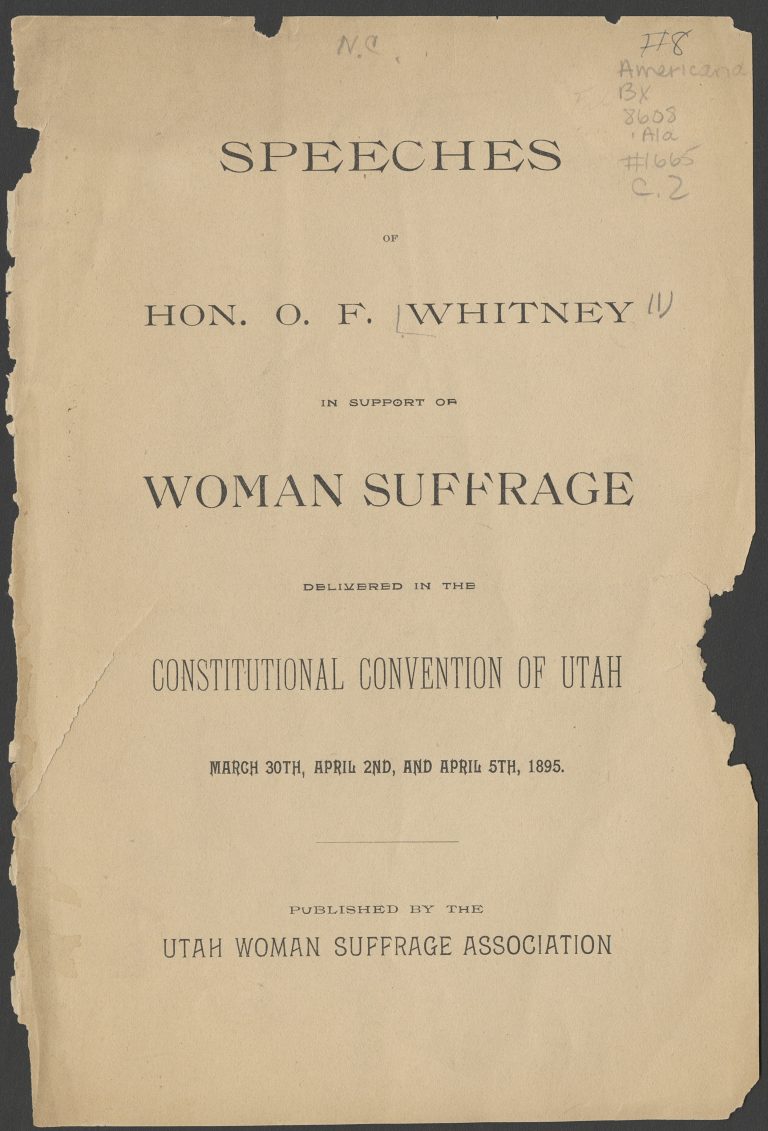 Orson F. Whitney (1855–1931) addressed the Utah Constitutional Convention (March – May 1895) to encourage the inclusion of women’s voting rights in the state constitution.

“All the arguments against woman suffrage . . . however sincere they may be, are simply pleas for non-progression. . . . They are not in tune with the march of human advancement. I stand for progress and not for stagnation. . . . It is woman’s destiny to have a voice in the affairs of government. She was designed for it. She has a right to it. This great social upheaval, this woman’s movement that is making itself heard and felt, means something more than that certain women are ambitious to vote and hold office. I regard it as one of the great levers by which the Almighty is lifting up this fallen world, lifting it nearer to the throne of its Creator.” 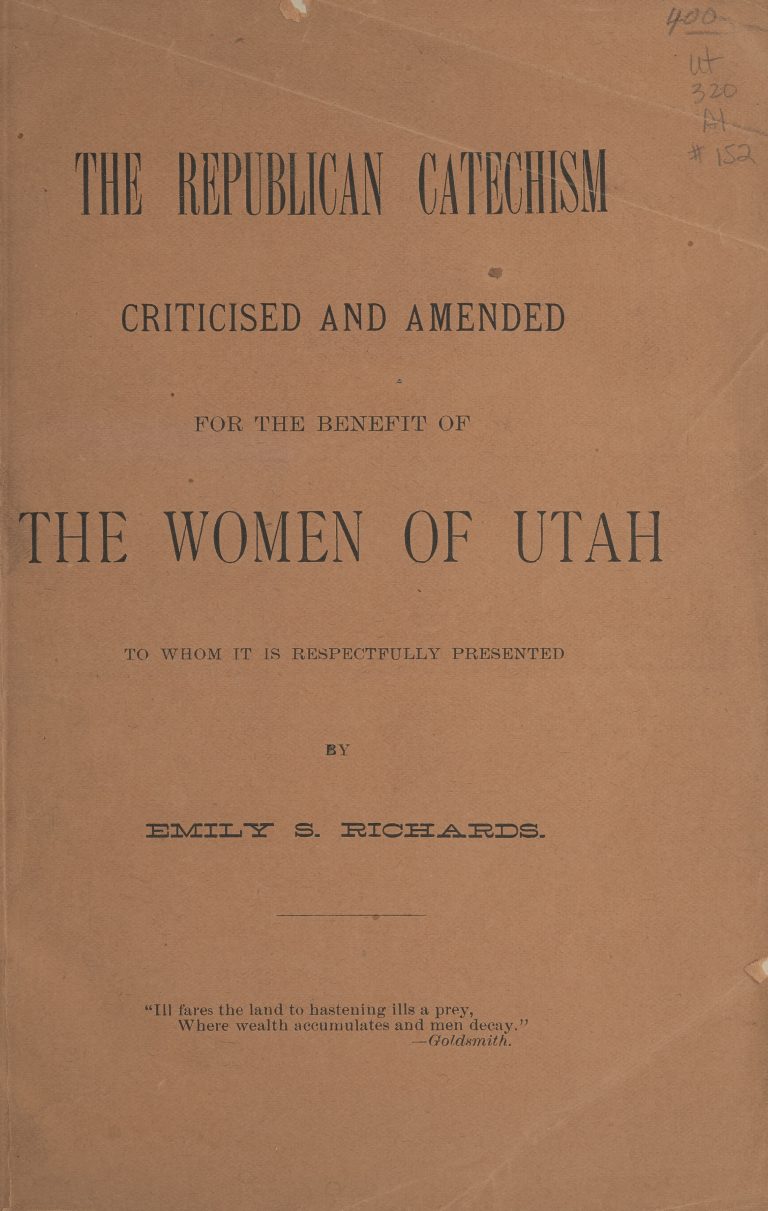 The Republican Catechism Criticized and Amended for the Benefit of the Women of Utah, 1896

An example of women’s political writing from the late nineteenth century, The Republican Catechism Criticized and Amended, was written by Emily Richards to encourage women to join the Democratic Party.