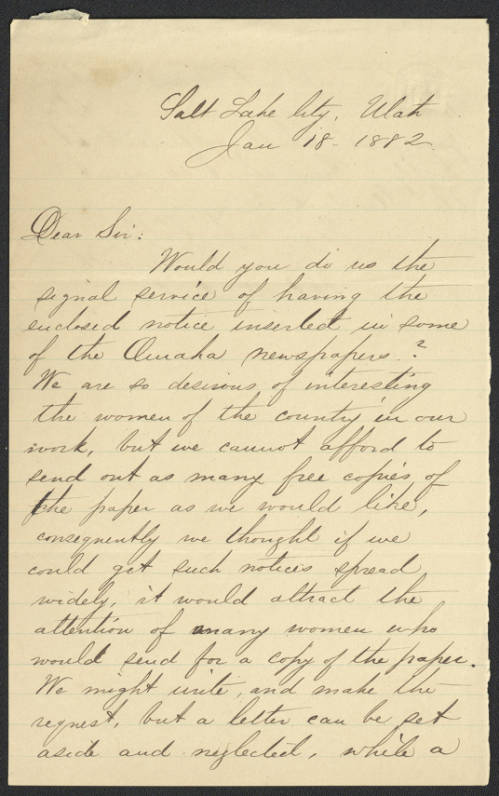 Jennie Anderson Froiseth founded the Anti-Polygamy Standard in 1880 with like-minded women from the Ladies’ Anti-Polygamy Society of Utah. The monthly paper was published from 1880 to 1883 as one of the local efforts to oppose polygamy. Froiseth actively sought new supporters, both within Utah and from across the country.

In this letter, Froiseth appeals for help in advertising the Anti-Polygamy Standard in Omaha newspapers. She wrote, “We are so desirous of interesting the women of the country in our work, but cannot afford to send out as many free copies of the paper as we would like, consequently we thought if we could get such notices spread widely, it would attract the attention of many women who would send for a copy of the paper.” 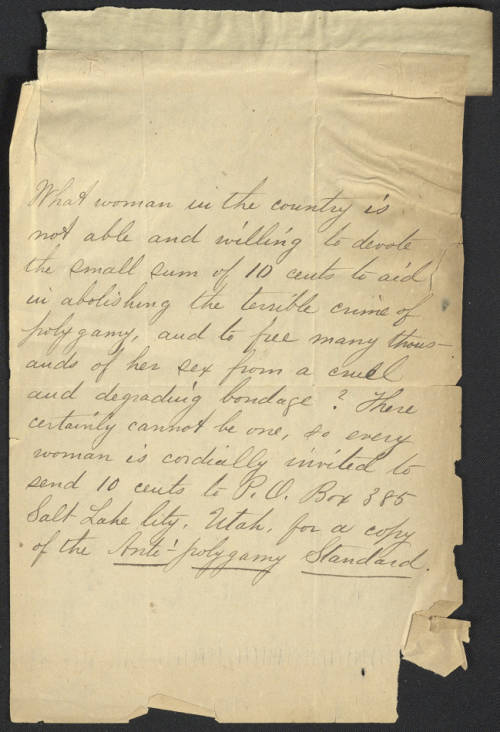 Handwritten text of an Advertisement for the Anti-Polygamy Standard

“What woman in the country is not able and willing to devote the small sum of 10 cents to aid in abolishing the terrible crime of polygamy, and to free many thousands of her sex from a cruel and degrading bondage? There certainly cannot be one, so every woman is cordially invited to send 10 cents to P.O. Box 385 Salt Lake City, Utah, for a copy of the Anti-Polygamy Standard.” 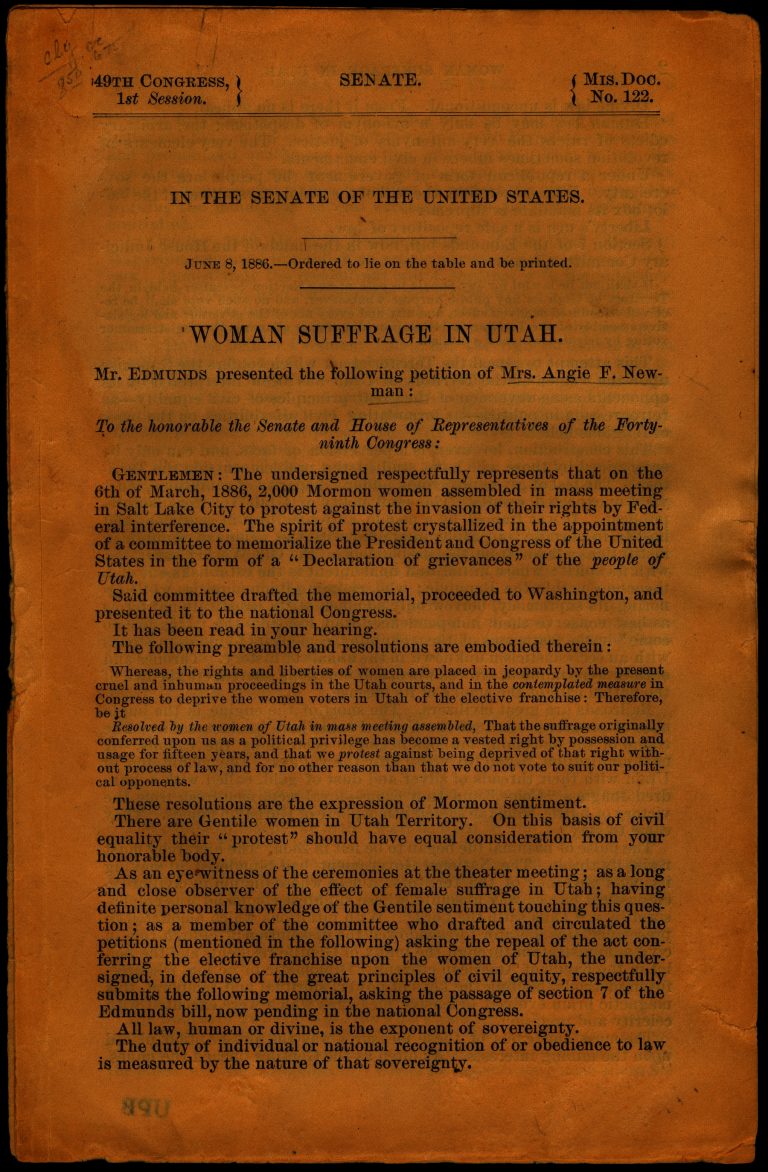 National support for a law to ban polygamy grew from the time the Church announced the practice in 1852. By the mid 1880s, several laws had already been passed in an attempt to stop polygamy, and in 1886, the Edmunds-Tucker Act was the latest effort to restrict the practice.

Angelia “Angie” French Thurston Newman was an author and reformer. As a member of the Woman’s Foreign and Home Missionary Societies of the Methodist Episcopal Church, she founded a home for women leaving polygamous marriages.

In 1886 she testified before a committee of the Forty-ninth Congress to support the section of the Edmunds Bill that rescinded women’s voting rights in Utah, arguing that women were not voting for their own will, but under a husband’s direction. 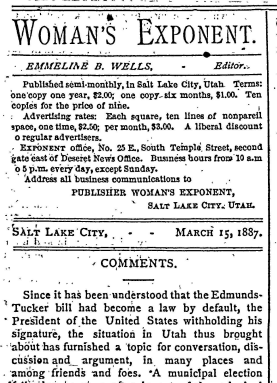 Editor Emmeline B. Wells’ commentary on the passage of the Edmunds-Tucker Bill counters the argument that women were voting according to their husbands’ wishes. “The ballot is understood to be a free expression of one’s political opinion, and in Utah, where for many years has been a secret one, there could be no reason for any one voting in any other way, except as the person’s own intelligence dictated, whether man or woman.”